Click To Learn What the SeeSystem Can Do
The SeeSystem puts video-based diagnostic and research tools in the hands of clinicians and scientists that enable them to connect visual symptoms to the symptom text descriptors and criteria, increasing the accuracy of diagnosis, and creating a unique avenue to track changes over time.

It was clear at the end of The Angelman Project, that GL had not only developed a resource on Angelman Syndrome, but also the beginnings of a platform technology that could be used for other rare and difficult to diagnose disorders. In the process of creating The Angelman Project, as we were finding vast amounts of new data, we were also beginning to develop a system of gathering and sorting this information. The Angelman Project data provided many sources of information which could be applied to a variety of users. A clip classified as illustrative of “gait” could be used by a diagnostician or a physical therapist. A documentary illustrating behavior modification could be used by a psychologists or caregivers. Once the data was filmed and properly classified, it  had many uses and many users. The clips, documentaries and data, provided a unified picture of Angelman Syndrome that was not as apparent during the editing of the individual pieces.

​ The infrastructure provided its own level of organization, and an additional lens through which to view Angelman Syndrome. This led to the realization that this could be the basis for an information support tool, which, if applied to other low incidence disorders, could supply the same infrastructure of information, combining the work of the experts with subject data. Our research convinced us that not only had we developed a tool to help diagnose AS, but we had also developed the basis for a tool which could be generalized to other low incidence disorders, applied over and over again to acquire, classify and sort data on many additional low incidence disorders.

The SeeSystem process includes: the production of videos on location – in homes, clinics, schools, labs, and universities. Videos are tagged with keywords by experts and become part of a searchable database. Tools and resources are developed specifically for patients and caregivers helping individuals and families to better understand the symptoms of a disorder and manage the course of treatment – especially in the case of chronic diseases. Video of therapies is also very helpful in understanding the challenges of the symptoms and determining valid outcome measures for therapeutic interventions.

Once a disorder is targeted for inclusion, GL works with leading experts and researchers as well as  patients and their families. Participants with a disorder and their families are drawn from diverse backgrounds and levels of severity and are filmed as unobtrusively as possible in everyday situations and settings. The films are edited into multiple formats – from feature length documentaries and learning courses to short behavioral clips – with added text descriptions. Interviews with collaborating experts are added to help focus the  videos. A searchable database allows users to call up, for example, a particular behavior such as lack of eye contact in autism and see all the examples contained in the database. 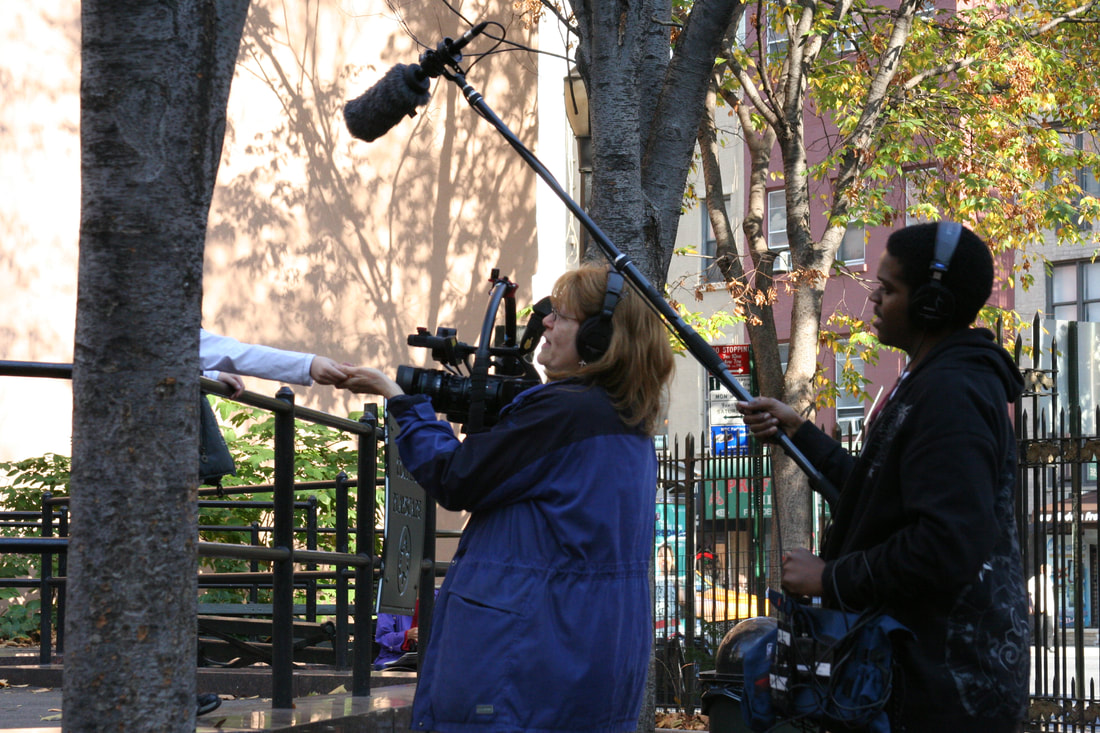 The creation of a system that can be shared between physicians and parents and between multiple professionals has been a goal from the start. And images, videos can also be shared and discussed remotely from all over the world.

But with all the features and protocols – the most important aspect of The SEE System is the capacity of documentary video to bring to life the symptoms and behaviors of rare and difficult to diagnose disorders and the impact on the people who have the disorders, as well as chronicle the work being done by families, clinicians and researchers to improve the quality of life of people with these diseases.

​The power of video became clear in 2000 when Dr. Jeremy Silverman, Director of the Family Studies Research Center at the Seaver Autism Center at the Mt. Sinai School of Medicine, viewed a demo of the Angelman Project. He told Dr. Tiranoff, “I knew Angelman Syndrome from symptom descriptions (in a reference book) but I didn’t know this (the video capture) was Angelman.”
Powered by