Beginning in 2018 with the production of What If, an hour long docudrama about a team of scientists developing a video platform to document the unseen lives of people with rare diseases, and continuing with the creation of a documentary web series called The Hope Scenarios: Focusing the Lens on Rare Diseases, GeneticaLens is collaborating with the Fearless Theater Company and New York University's Tisch School of the Arts to produce films and shows that shed light on the challenges faced by individuals living with rare diseases.
​

Crew and participants in the Hope Scenarios, from left to right: Kaylee Scinto (camera assistant,) Michelle Schwab (Sam's health aide,) Sam Myers (participant,) Louise Tiranoff (director,) Lynne McVeigh (producer), Epiphany Samuels (participant)
​The first season of the web series features Samantha, who has familial dysautonomia (FD), and who is an advocate for others with FD. Season 2 focuses on Epiphany, a Director/Actress who has sickle cell disease, an inherited blood disorder that can cause intense pain and a wide variety of complications. Each episode explores wide-ranging topics such as the support networks Sam and Epiphany rely on, the community organizations and advocacy groups that support research and treatment for rare disorders, and much more. 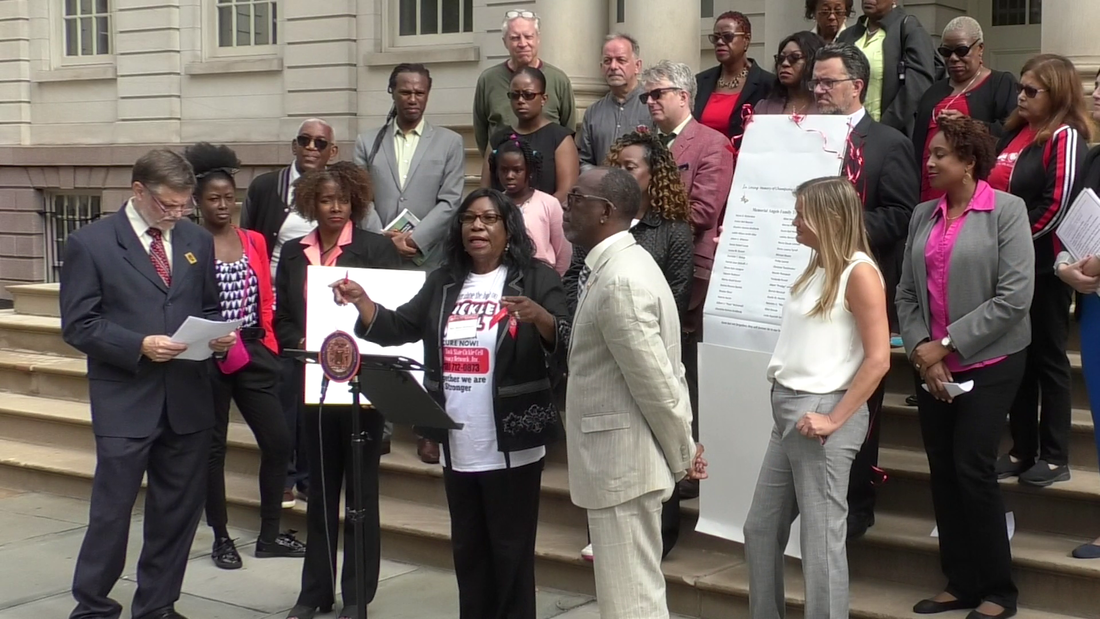 A group of activists, including (from left to right on the bottom row) Dr. Thomas Moulton, Epiphany Samuels, Ginger Davis, and Gloria Rochester, speak on the steps of New York City Hall, advocating to increase public funding for sickle cell treatment centers.
Powered by